Android Emulator does not Launch in Ubuntu 17.10

I tried to run the Android Studio 3 emulator on fresh installed Ubuntu 17.10 to test an app I'm working on. And I got this error in Android Studio Event Log: 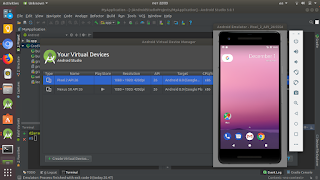 After I installed Microsoft Windows 10, and then alongside Ubuntu, with UEFI bootabled USB disks,
last setup (Ubuntu) created Grub configuration, which is listed in HP UEFI BIOS sequence, but after power on, system get Grub Bush command prompt, without listed operating systems, like Ubuntu, Windows e.t.c., unabled to boot. 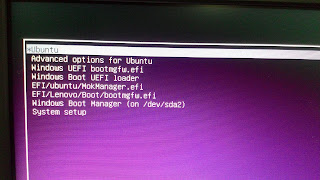 I think that those 5 seconds delay give HP enough time to recall all UEFI and other partitions and successfully recall Grub menu.
Posted by Unknown at 21:52 No comments:

Web Application Developer and Database Administrator for different business applications. Professionally focused on the Microsoft platform, as well as the Open Source CMS and eCommerce solutions. Self-oriented in programming for the Windows Phone, Windows Store and Google Play Android market.